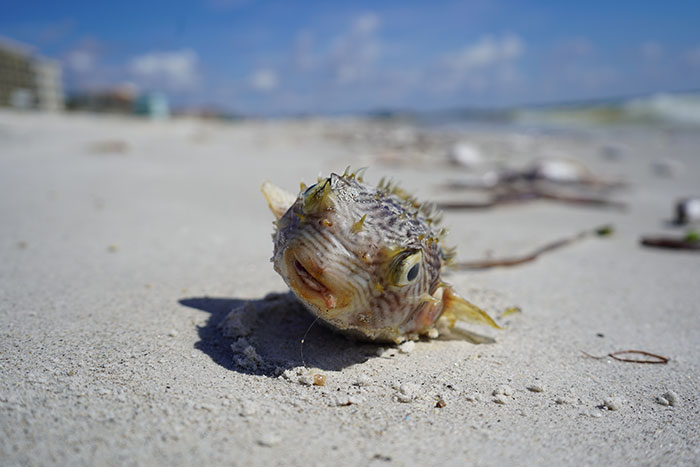 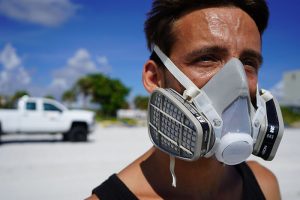 *Note: the images used in this post were taken in Madeira Beach during September 2018.

As a Florida native, having seen red tide throughout the years, it hasn’t got any worse than previous red tides. Yes there are areas where man has contributed to a new super bloom that is not red tide and is what we need to fix in the state of Florida
With all the negative National media and social media on red tide we still have not had any measurable amounts in Clearwater to Tarpon Springs . Yes the red tide is still in patchy areas but with the cold front that just came in and the next two cold fronts over the next 4 days should break up the red tide and be gone due to cooling water temperatures and rough waters that disperse and will eliminate the red tide.

Water temps have dropped from 86 to 78 degrees. Fish are on the move and the chew redfish are in good numbers. Cut Ladyfish can’t be turned down by these bruisers of the flats. Other baits such as pinfish and scaled sardines will get the job done but don’t be surprised to catch snook and trout in the same areas.. So start to book your trip wether you are a pro or a novice on fly, spin, or artificial. There are many different species to target right now off the Clearwater beaches and back water flats. Spanish mackerel are all over the beach feeding on bait soon they’re big brothers the king mackerel will show up before you know it. A well full of scaled sardines and threadfin herring will put the Spanish mackerel into a Feeding Frenzy make sure you have plenty of line because that big smoker kingfish will eat these baits just as well. To target kingfish use live shad, big threadfin herring, ladyfish and mullet as well as blue runners as these are the main baits to target these 35mph speedsters. Now’s the time to book that trip of a lifetime.